Has BharatNet fulfilled its end task of providing functional internet?

You are here:
May 18, 2018Leave a commentOsama's Columns in MintBy Udita Chaturvedi 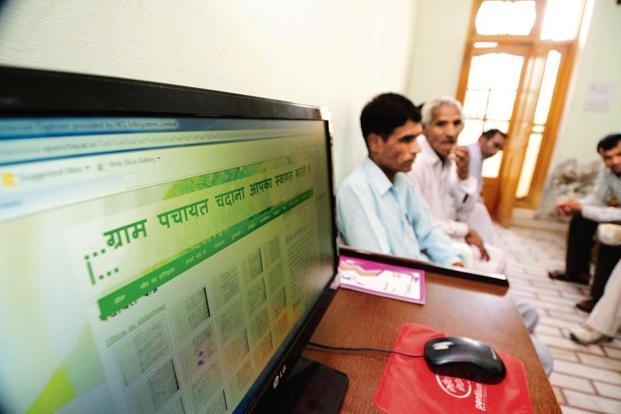 On 28 April, Prime Minister Narendra Modi announced on Twitter that all 597,464 Indian villages now have access to electricity. However, if any of us are aware of the ground realities, we know that thousands of “electrified” villages lie in darkness for more than 20 hours a day. “Linking a village to the power grid” simply means that basic distribution infrastructure is in place, electric cables have been laid in public institutions, and 10% of the households are “electrified”. While the announcement was a milestone, it is not one that should be celebrated just yet. Setting up infrastructure but shrugging their responsibility of providing functional services has been a long-running game of successive Indian governments.

The National Optic Fibre Network (NOFN) was launched in October 2011 as an ambitious initiative to connect all 250,000 gram panchayats of India to the internet. After hitting several roadblocks at the start, it was supposed to get a new lease of life under the Modi government when it was injected with additional funds and renamed BharatNet.

In the 2018 budget, finance minister Arun Jaitley even added another Rs10,000 crore for the second phase of BharatNet. While the incumbent government is optimistic that the second phase of BharatNet will be completed by December 2018, well before the March 2019 revised deadline, the status of the entire project and the government’s claims need to be taken with a large dose of salt.

On 31 December 2017, the government declared Phase I of BharatNet, targeting 100,000 panchayats completed, missing its revised March 2017 deadline by several months.

The wording of the report is ambiguous with none of the three categories clearly defined.

The Digital Empowerment Foundation’s research team decided to conduct a spot check earlier this year to assess the status of the government’s ‘service ready’ gram panchayats, which fall under Phase I that is marked “complete”.

The BharatNet mission is to “provide 100 mbps broadband connectivity to all gram panchayats… and be a catalyst for increasing broadband penetration in rural areas so as to foster socio-economic development”. This mission on paper is empowering for millions of Indians who live in rural parts of the country.

However, the government has missed countless deadlines and pumped in thousands of crores of taxpayers’ money into the project with little tangible results.

The cables have been laid, the devices have been installed, and laptops have been allotted, but the end task of actually making internet connectivity available, functional and distributed has been ignored.

Connecting all 250,000 panchayats across India’s vast geography was never going to be an easy task. However, if the government wants to force digital payments and digital identification in exchange for entitlements and public services for the most marginalized communities, providing functional internet connectivity and the required tools to access it should be bare minimum requirement.

Related posts
How digital tools can help in the preservation of our languages
April 27, 2018
Introducing infotech in early years of education
April 20, 2018
Are we ready for a paradigm shift in communication?
April 6, 2018
Schools need space for digital makers
March 23, 2018
The questionable foundation of Aadhaar
March 2, 2018
Hate speech and the role of social media
February 9, 2018