Towards an information-rich community 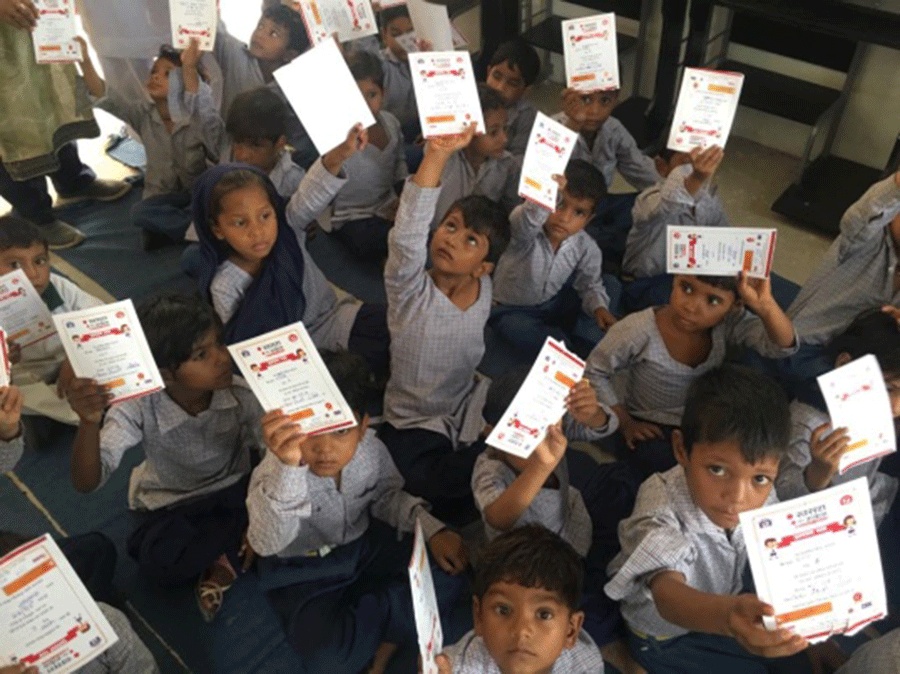 Smartpur stands on the foundation of six pillars, namely education, health, finance, governance, livelihood and entertainment. Each of these pillars are further supported by wireless broadband access-enabled digital infrastructure, leading to efficiency in daily lives, transparency in governance, economic prosperity for households, and ease of access to various kinds of services and information. Every month various sessions are held and important events are celebrated to spread awareness.

LIVELIHOOD PILLAR
Career Counselling
The major reason behind organising a career counselling session is to facilitate the students in choosing the correct field that is in tune with their skills and their job expectations. Therefore, it is observed that with the help of career counselling, majority of the target audience are able to choose the right career which helps them to grow and succeed in their respective careers. Two days career counselling session was conducted by Thiru Pasupuleti, Sudhakar B and entire team of Smartpur Vizag Hub Centre for the community. In this the people especially the Youth was mobilized about the various jobs they can procure as per their knowledge and skills through digital means. After the orientation on the first day a lot of Youth got inspired and turned up on the second day to browse various government websites to find suitable jobs for themselves.

HEALTH PILLAR
Tele-Medicine Camp
Smartpur has collaborated with an online platform of 300 plus doctors called DocOnline. Via the means of tele-medicines the outreach is being made to Smartpur villages, providing medical health facilities and set of medical tests such as blood glucose, blood pressure, urine test, ECG, etc.
A Tele-medicine camp was conducted in Bhimapar and Saraiya on 20th and 18th September’19 respectively. Simultaneously, a general camp was also organised in Bhimapar and Dullahpur to address the various health issues faced by the community in Ghazipur, UP and people were provided with free medicines.

World Alzheimer’s Day
World Alzheimer’s Day is celebrated annually on September 21 with the aim of raising awareness about the disease and reducing its social effects. 2 out of every 3 people globally believe there is little or no understanding of dementia in their countries, as per reports from Alzheimer’s Society, UK. The impact of World Alzheimer’s Day/Month is growing, but the stigmatisation and misinformation that surrounds dementia remains a global problem, which requires global action. This year Smartpur Nuh Spoke Centre Bainsi also participated in the World Alzheimer’s Day.

Our Healthpreneur Asif along with the Spoke coordinator Mustkeen educated the beneficiaries about the information related to Alzheimer such as- Alzheimer’s is the most common form of dementia, leading to a continuous decline in memory and thinking skills. Most cases of Alzheimer’s occur in people age 65 and older. But education can lower your risk.

Know Your Blood Group
A Health camp was conducted in Zilla Parsharth High School, Choutuppal, Telangana by our Smartpur team Healthpreneur Imtiyaz and supported by Vamshi Dimpu and Mekala Jagadish. In this camp the students were educated about their blood group and the importance of donating blood.

Fit India Movement
Our Honourable Prime Minister Shri. Narendra Modi launched ‘Fit India Movement’ on 29th August’19 at the Indira Gandhi Stadium in New Delhi. In order to address the issue of fitness, Smartpur conducted an awareness workshop at Ladmka Hub centre Bharatpur Rajasthan and Smartpur Saidanpur Hub center, Barabanki. The message on “Fit India Movement” by our Prime minister was screened and the community people were to inculcate fitness in their daily lives and contribute towards a stronger and fitter India. Most of the villagers in Barabanki are labourers and due to lack of awareness and right nutrition they fall ill. This campaign aims to encourage people to include physical activity, exercising and sports in their daily lifestyle.

Rubella Vaccination Drive
Rubella, also called German measles or three-day measles, is a contagious viral infection best known by its distinctive red rash. Rubella is not the same as measles (rubeola), though the two illnesses do share some characteristics, including the red rash. On 5th September,2019 at the Smartpur Ghasoli Hub Centre a vaccination drive was conducted for the children of the community. More than 400 beneficiaries benefitted out of this camp.

Health Camp
A free health and awareness camp was conducted in one of our Spoke centres at Bharatpur with the support of Dr. Hannan from Sundar Lal memorial hospital, Saket and Dr. Arshad from Jamiya Hamdard. Around 62 villagers were benefited from this camp and most target beneficiaries were having viral fever and various types of allergies. Meanwhile, at the Ladamka Hub centre Bharatpur another free health camp took place, with the support of the ground staff, where 52 target beneficiaries attended the camp. Majority of the beneficiaries were either senior citizen or children.